Oh, how I love this family! Life with boys is always an adventure and these two little guys are just the bomb diggety! They are two little balls of spitfire and they kept me laughing through the entire photo shoot! These are the moments that we need to remember. Take all those snuggles and smooches and sweet looks of admiration now and swish those around and savor every morsel because in a blink of an eye they'll grow up on you. Grab your glass of rose and some nibbles and kick back and enjoy. You don't want to miss the ending...it's classic. ;P

So, the couch became a "thing" in this shoot. As I was leaving the Harriman's house a few days before the shoot, I saw the white settee and mentioned that this would be cute to use in the shoot. Marion loved the idea and Josh wasn't quite as keen on the idea b/c he didn't want to get hot and sweaty the day of the shoot lugging it into the forest. I get it, right. Even in November we're pushing mid 80's in Texas. But of course Marion won out and a few hours before the shoot Josh and Ronan carried the couch down the Violet Crown Trail at least 1/4 mile if not more and hid the couch behind a huge thick shrub. Once the shoot started and we were venturing down the trail we all joked that wouldn't it be funny if we walked up and there were some homeless people lounging on the couch in the middle of nowhere smoking some cigarettes, chatting on their phones and listening to some tunes. I mean the thought of it just got me so tickled. However, when we arrived the couch was still hidden behind the bush and all was fine. I love this family so much and have known them now for several years because our sons are close friends. Just as I thought... they were super fun to photograph and I'm glad that I finally had the opportunity to do so. So, grab your gin and tonic and some triscuits and kick back and enjoy the Harrimans and their white couch. :)

Man oh man. Someone please stop time. I have photographed these kiddos since they were in preschool and now the eldest son Noah is graduating from high school. I'm just in disbelief. This little walk down memory lane made me dig through their old files to see one of the previous family shoots when the kids were smaller. I found this one from 2014. Look how little they were?! 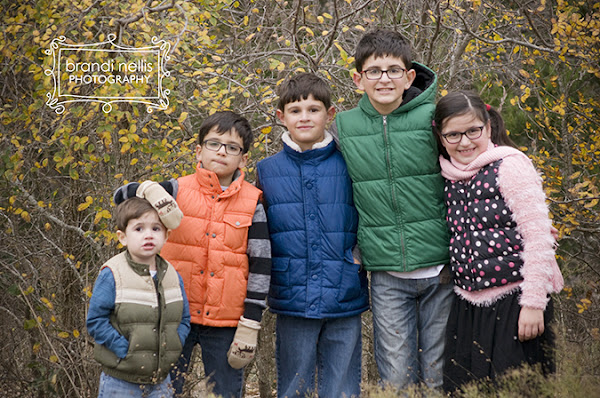 I feel like maybe I should've used Cher's song "If I could turn back time" in their music video. Oops. Now we're all going to have that song stuck in our heads for the rest of the day! I love this family and was happy to see them again and document this important time in Noah's life. I can't wait to see what his future holds. Grab your diet coke and cheetos and kick back and enjoy the Batchelor's video.

After living next door to the Wasserburgers for many years (except last year when their house got struck by lightning and caught fire and they had to move out for a year), I finally got the opportunity to photograph them! Yay! This was a great dual purpose shoot where we were able to get some great family photos and conquer Wes' senior photos all in one! You can't beat that! And, I'm so glad they were able to move back in to their old but new house a few months ago b/c it was dark and lonely with out them. Grab your milk and cookies and kick back and enjoy their video.

Regents High School is representing these days. These guys are showing up for their senior shoots with their best attitudes and best outfits and owning their photo shoot. Aden did not disappoint either. He rolled in with his summer bleached blonde hair, textured blue blazer and sneakers on ready to go. I love that when he saw the "Electric Avenue" road sign that was a must have shot for him. We stopped traffic (jk) while he walked across the road with his blazer thrown over his shoulder and looked off in the distance. He's got it going on and I can't wait to see what his future holds. Just like the song says, "I got all I need in a world of doubt/ We got our champagne dreams in an endless drought/ We are the kings and queens seeking our aces out/ We got all we need, no new friends now". It may be a little early but grab your glass of chardonnay and a donut, sit back, turn the music up and enjoy Aden's video.

Oh my gosh! I am LOVING my senior guys this year! They are steppin' up to the plate and owning their photo shoots. I had SO much fun photographing Luke! He showed up to this shoot and was all in. I give him a 100 % on participation. Sometimes when I recommend the guys do something, they give me a flat out "no, I'm not doing that" but not Luke. He just would laugh a little bit like I was crazy but he did everything I suggested. They're all bringin' it too with their own unique clothing styles and it makes the photos more special to them when they're wearing what they want to wear and not what mom wants them to wear. Luke's mom wasn't crazy about his hair for the shoot but I had Luke's back on this one...I LOVE his hair and the wings that come with it. :) He looks like he could be a clothing model to me...don't ya think? Or, I guess even a hair model! He's got big things happening in his future with his senior year here and graduation upon him. Who knows what the future holds. I thought the lyrics were perfect for him since he's got "Something Big" in his near future. Grab your pumpkin spice coffee and muffin and kick back and watch Luke own his senior shoot.

Photographed Lance and Skilo (his dog) for their senior shoot at Butler Park. They're graduating from Westlake and Lance will be going on to Texas A & M for college where as Skilo is going to take a gap year and hang in Austin with the fam. :) It was a beauuuuuutiful day down at Butler Park...a tad windy but Lance just cut his mullet off so we didn't have to worry about his hair getting messed up! Butler Park has some major construction going on but looks like they're getting close to being finished. The new additions look pretty cool, too. Can't wait to check it all out once it's finished. It won't be long and Lance will be counting stars looking towards his future! Kick back and relax and check his video out.
#classof2021 #graduation #senior #graduate #seniorpictures #seniors #seniorportraits #senioryear #grad #covid #seniorinspire #photography #seniormuse #highschool #college #seniorphotos #senioryearmagazine #congratulations #graduationpictures #seniorstyleguide #atxseniorphotographer #quarantine #prom #seniorphotography #modernsenior #graduates #portrait #class #strong #brandinellisphotography